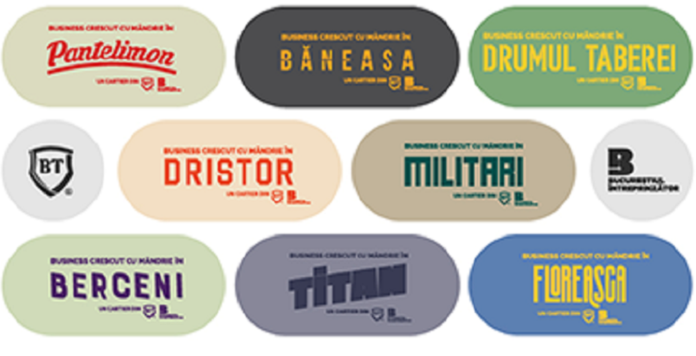 Banca Transilvania comes with a new initiative Bucharest Entrepreneur, an online platform about people and business ideas that have transformed the capital into the most entrepreneurial city in Romania. It is about the map of businesses in Bucharest, with appreciated neighborhood brands, which can be registered online to be as well known as possible. BT thus continues the initiatives started in 2020, #CumparaDeLangaTine and CumparaDeLaoAfacereMica , through which it aims to show solidarity with Romanians in order to support local businesses.

Through Entrepreneurial Bucharest 3.0, the bank wants to contribute to consolidating the feeling of belonging to the 17 neighborhoods included in the campaign. For the same reason, one of the components of the initiative are the visual messages that will reach Bucharest businesses, in line with the brand, the positioning of each neighborhood they belong to: Victoriei Square neighborhood – All roads lead to Victorie (i), Baneasa – Mon glamor , Colentina – A local bazaar with international flair, Berceni – The street is the soul of trade, Pipera – Tunari – A business festival, etc. Also, some of the businesses registered online in the Bucharest Entrepreneurial platform will benefit from the promotion of the bank through its own communication channels.

A recent study conducted by Reveal Marketing Research and Banca Transilvania based on over 500 online interviews with residents of Bucharest, aged between 18 and 50, shows that 85% of them prefer to buy from businesses in the neighborhood, located in the vicinity of the house. The arguments are about saving time (86%) and the quality of products and services (over 50%). Most respondents were loyal to businesses in their neighborhoods, with 57% recommending them to friends or acquaintances.

The recommendation of the entrepreneurs was the first stage of the Entrepreneurial Bucharest program: the promoted entrepreneurs nominated, in their turn, other daring ideas, such as Pegas, Radio Guerrilla, 5 to go, Frufru, In Fata Blocului, Tea Tomescu, Bucharest Symphony Orchestra, Times New Roman , Pain Plaisir, Maison Dadoo or Summer Well. The second stage in Entrepreneurial Bucharest came with something new, the recommendation of the stars – the people who chose to join the BT initiative nominated and promoted brands of entrepreneurs in Bucharest, thus showing their support.

Launched in June 2016, the program is a first in the communication of Romanian banks, through which BT contributes to the formation of a special community, Entrepreneurial Bucharest.

Additionally on the topic:

Watch webinar recording from July 16, 2020, on how banks can help their SME customers to get back to business: