We publish this article as a continuation of the presentation Daniel Huszár (efcom) did during our last year’s CEE SME Banking Club Conference in Warsaw.

Artificial Intelligence (AI) is already impacting all of our lives. Prominent examples of current uses include virtual assistants, such as: Alexa, Siri and Google Assistant. Curated (Spotify) playlists based on individual musical taste are another. AI can analyze numerous types of data, such as language rules in order to be able to translate into another language or to recognize speech. Individual behavior is another interesting field, especially for risk analysis within financial products.

To understand how AI will impact the financial space, we need to first understand one of the biggest paradigm changes in computer science decades. I will illustrate this change with two examples of AI playing games against human players.

In 1997, an AI developed by IBM called “Deep Blue” beat chess world champion Garri Kasparov. Deep Blue was able to win through sheer processing power. Deep Blue was able to calculate 200 million moves per second using a method called decision trees. While this is an impressive feat, the AI did not really “learn” like a human would. The approach IBM used calculates probabilities of the best possible move, going through many possible iterations on the board – winning through “brute force”.

The IBM team was allowed to change certain parameters of the AI between matches, acting as a guiding force. This bears a similarity on how we handle big data in financial risk assessment today – by applying parameters and thresholds based on human experience.

The year 2016 had another challenge in store for artificial intelligence: the 2,500-year-old Chinese game called “GO”. This game cannot be solved by the brute force approach, because there are more possible moves than atoms in the known universe.

The team behind AlphaGo (London-based Deep Mind, acquired by Google) had to use a different strategy to “solve the game”. After all, it had to beat the then best GO player in the world: 18-time world champion Lee Sedol from South Korea.

In the end, AlphaGo won 4-1 against Lee Sedol under tournament conditions. Sedol remarked that the AI made unusual moves that no experienced human player would have ever made, because they are considered “bad” under the given circumstances. It turned out that the AI showed its creative genius with exactly this kind of moves. Another famous player, Fan Hui, the European champion, remarked that the way AlphaGo approached the game taught him to be a better player.

The AlphaGo team used a technique called Deep Learning to accomplish this result. This neural network approach is much closer to the workings of a true self-learning system, like the human brain. Neural networks take a description of the Go board as an input and processes it through a number of different network layers containing millions of neuron-like connections.

To beat the strongest players, an AI “brain” needs to be trained. AlphaGo was trained using recorded moves of human players. After this initial phase, the AI mimicked these strategies and played thousands of games against itself. Based on this training, AlphaGo is able to recommend the best plays in a given situation.

The crucial paradigm change is to let software write and improve itself based on experience (training), instead of human developers writing code.

In today’s world there are many possible applications for AI in the financial sector. One of them is the assessment of risk in factoring. efcom offers a standard factoring solution: one of its modules is a parameter-driven risk-monitoring tool, which is able to tell whether an invoice is fraudulent or not.

Risk parameters for current solutions are all based on human experience of past instances of fraud. These experiences are translated into code and can be weighted using parameterization depending on a banks risk strategy. This parameterization is comparable to the IBM chess team who acted as a human adjustment to the AI by changing its parameters after each game.

This could be problematic in the future, because it is very inefficient to think of a rule for every situation or detail that the computer will encounter. Additionally, this limits us to past experiences with fraud. Ideally, we want the algorithm to find the necessary patterns and corresponding rules on its own. With vastly growing amounts of data, the challenge will be to continue making the correct risk decisions while handling higher and higher volumes of assets.

A true AI approach could help us to find new patterns that teach us new things about the “game” of financial risk. This could lead to immense growth, because we could scale and automate risk control to a much higher degree. 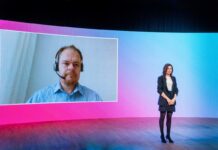 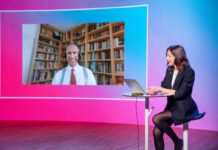 Understanding Gap: learning to think like an SME bank 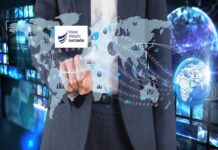 COVID-19 did not stop the development of factoring in Poland

How e-invoicing changes SMEs’ life in Hungary and what banks have...

Understanding Gap: learning to think like an SME bank

SMEs Continue to be the Banking Sector’s Golden Goose

ABOUT US
SME Banking Club is an association of business bankers aimed to provide relevant information on what banks and financial companies are offering for entrepreneurs, micro-, small and medium enterprises (SMEs).
Contact us: cee@smebanking.club
FOLLOW US
© SME Banking Club. Managed by Gidulyan Company PLC and GG Company sp. z o.o.
VIEW MORE

ING Bank in Poland launches a pilot of the Placeme service